Cash—Card—Crypto: How Blockchain is Reshaping the Future of Payments

Globally, policymakers are starting to realize that blockchain technology can overcome the challenges posed by outdated financial infrastructure. Find out how blockchain is accelerating payment services today.

Blockchain technology is redefining the way we buy and sell.

Sounds far-reaching? It sure does! But never has this been more true.

Today, blockchain technologies are viewed from a pragmatic lens.

A lot has happened over the millenniums for us to get here. Right from the early days of bartering to cash and now cryptocurrencies, the way we pay has changed dramatically.

Analysts are of the opinion that blockchain technology will have a massive impact on the payments landscape in the coming decade.

And, why not? Blockchain has been reimagining payment systems, replacing legacy rails and traditional modes of payment with more secure, faster, and decentralized options.

With cash being phased out for more virtual forms of money, cryptocurrencies that are powered by blockchain’s distributed ledger technology — are witnessing exponential growth. Bitcoin and Ethereum, the best-known cryptocurrencies have come to be more of a cultural craze attracting attention from Wall Street and more recently from governments worldwide.

We see more governments now opening up to using Central Bank Digital Currencies (CBDCs) that leverage blockchain technology, resulting in blockchain moving up the ranks to be perceived as a catalyst for the newest payment revolution. The Atlantic Council’s GeoEconomics Center recently released a CBDC tracker which reported that 87 countries, constituting more than 90% of global GDP are exploring some form of a CBDC.

The blockchain offering for the payments landscape

We are all aware that using the likes of Bitcoin and other cryptocurrencies as a legitimate instrument to make payments, has been a popular debatable topic.

That said, blockchain is slowly but surely making its way into the payments scene and transforming transactions like never before. As per the reports from Gartner, blockchain is forecasted to bring immense value to the world of business — promising a revenue of nearly $176 billion by 2025 and a whopping $3.1 trillion by 2030.

How would this be possible? Let’s look at it this way — when businesses turn to blockchain-based payments, the hassles and expense of legacy payment methods, the risk of costly fraud chargebacks, and the complexities of cross-border currency exchange are out of the picture. All this allows the business to level up and increase their sales.

The rise of cryptocurrencies has changed the very concept of storing money and valuable assets in bank accounts. In blockchain technology, the value is stored in decentralized networks creating an immutable record of transactions.

With the growing acceptance of cryptocurrencies by financial institutions and merchants, these numbers are expected to rise rapidly in the next several years. 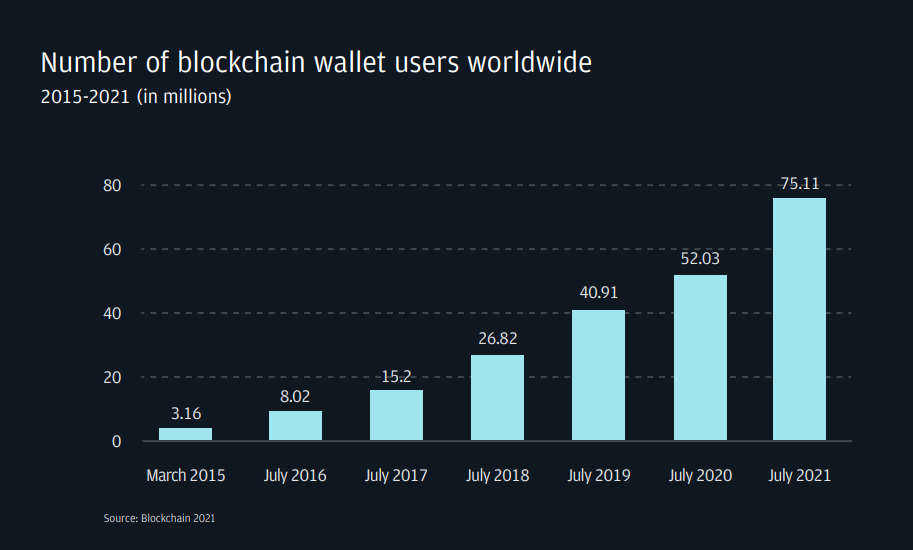 On the broader front, cryptocurrencies are disrupting the traditional financial systems. Cryptocurrencies have expanded the growth opportunities for businesses allowing them to step into international markets. Corporates are now reaping the rewards of a transparent and efficient payment system — they are able to send billions overseas without incurring high fees or facing unnecessary delays in processing payments.

By removing the need for intermediaries, blockchain has proved one thing — a global public network is possible. Blockchain connects the entire financial infrastructure making them easily interoperable, efficient, and accessible.

Let’s quickly run by three of the greatest use cases of blockchain in payments:

Despite the growing popularity, there are a lot of barriers to the wider acceptance of blockchain technology owing to the high price volatility of cryptocurrencies and the security concerns of the blockchain network.

The way I see it, with the rise of FinTech solutions that address the volatility risk for cryptocurrencies, more merchants will open up to the idea of accepting cryptocurrencies for retail payments and we can soon expect an increase in the uptake of cryptocurrencies with stores and retailers.

Follow me on LinkedIn today and stay in the know about the latest updates from the financial services industry.

T M Praveen is a highly accomplished global payments leader with over 20 years of experience. A veteran in the payments industry, Praveen has immense wealth of insights to share in payments innovations, emerging technologies, FinTech, and financial services.
Share:

Latest from the Opus Blog