Deploying Kubernetes as a Part of a Coordinated DevOps Strategy 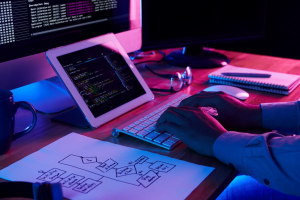 There are an ample number of integration tools available for the DevOps pipeline that overhaul the CI/CD processes through orchestration. Read about Kubernetes and how deploying it can be beneficial here.

Modern world software application development and deployment strategies—and their subsequent implementation are miles apart from the traditional siloed versions of the same. The process of deploying an application and then keeping it up-to-date with improvements requires an infrastructure that is highly responsive and agile. This type of infrastructure must be packed with tools capable of handling continuous improvement and delivery cycles without losing out on security or impacting any live functionality. The importance of continuous delivery can be gauged by the fact that it is considered an essential performance metric by 75% of organizations.

There is an indispensable need for a coordinated DevOps strategy for a collaborative and scalable outcome. Businesses that don’t have teams experienced in containerized operations management may find it a bit challenging to transition from a simple CI/CD mechanism to a Kubernetes solution. Having said that, as teams get fluent with their usage, it is just a matter of time before enterprises realize the true potential of toolkits that can exponentially improve the development process. Let us look at four ways to deploy Kubernetes to improve your company’s efficiency smoothly.

Aligning the Current State with the Desired State

There is often a lot of conversation around the topic of orchestrating convergence in the deployment funnel. The idea is to keep the resources updated with the latest versions in order to be competitive. Automatic version control and management is a crucial step in the overall DevOps strategy, as the effectiveness of successful code depends on it. This is where the importance of a cluster tool such as Kubernetes can be highly beneficial. The primary purpose of Kubernetes is to get the right resources on board for a successful deployment, as nearly 60% of the developers in the industry are not very experienced, given the nascence of the industry itself.

The code has a tendency to fail for so many different reasons after the initial deployment of the app. This can be managed effectively by introducing a tool that can test and deploy only the part that needs improvement, as per the source code, while keeping the other parts unaltered.

Choosing Between Pull and Push-Based Deployment

The fundamental problem with using a CI server for direct deployment is that there are differences between the model desired and the current states of a code, which can cause some diffs, as discussed above. Now, these diffs tend to throw an error when run through the CI server as it is not equipped with orchestrating convergence. That is the role of Kubernetes, and so, that is what should be used to deploy any updates to an application. It is important to note here that CI servers can be forced to converge with human intervention, but that approach has multipronged problems. Firstly, the purpose of automation gets defeated, and secondly, the underlying diffs take longer to resolve due to their complexity. 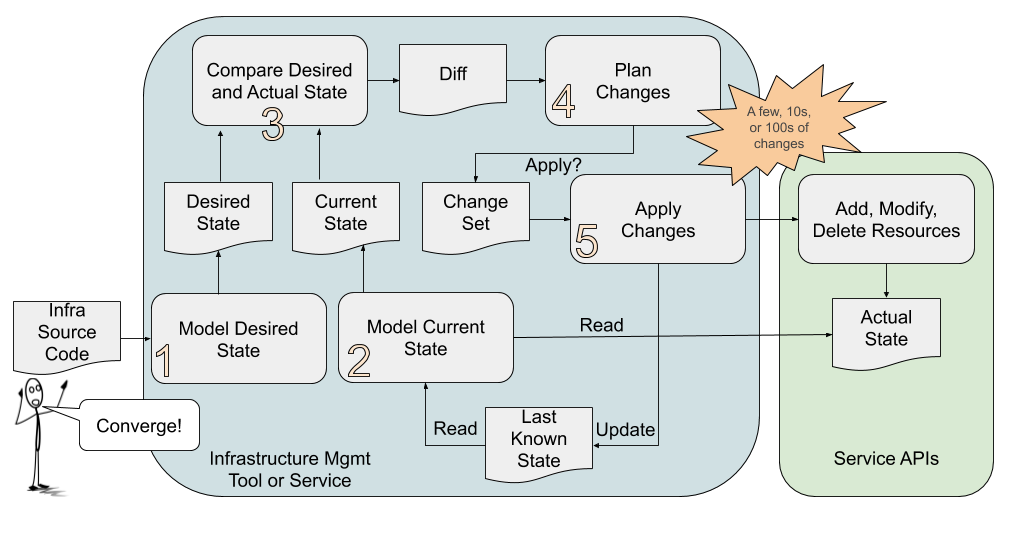 The CI/CD pipelines are meant to dictate the GitOps pipeline with trunk updates. The internal deployment of resources is done by Kubernetes for managing the atomic changes such that the observed state is consistent with the source control. The code starting from the CI pipeline and being pushed through Kubernetes also allows for enhanced security of sensitive information on the CI system. While this is abundantly popular, the pull pipeline is even more efficient as it enables the operator to update the registry directly and then pulls the cluster to make the requisite changes for deployment. This is even more secure than the push mechanism as there is no exposure of the production environment to any external cloud or server.

Streamlining the development and deployment process is the target of all technological advancements in the field of DevOps today. Containing all the relevant information regarding a piece of code with its dependencies in a single unit makes the lives of the operations team a lot simpler in managing a complex architecture. These code packages help consistently run the code without any lags or non-conformity. But there is still some inefficiency that creeps into the process if you use dedicated servers for different workloads, as they are often underutilized and end up being a costly affair.

DC/OS (Data Centre Operating System) is a cost-efficient way of running multiple nodes as a single pool of resources. This type of networking enables distributed apps to leverage resource aggregation through a unified API for maximal utilization of cluster resources. DC/OS can operate both on physical premises through the command-line interface (CLI) or on the cloud through a remotely-monitored web interface. This OS is capable of easy container orchestration with the possibility of multiple isolated resource configurations and ephemeral storage.

There can be two approaches to adopting the Kubernetes approach; self-managed and Kubernetes-as-a-Service (KaaS), from a third-party vendor. The extent of monitoring required to be done in-house will largely depend on the choice of transition. The process of monitoring is comprehensive and includes all the considerations discussed above. Building an architecture that allows smooth-sailing of all those steps in the DevOps process is key to monitoring the application’s performance.

Microservices is a new trend in the software development industry that breaks down complex applications into small deployable logic for specific tasks. This kind of architecture is a blessing for DevOps as it not only allows different teams to monitor different microservices but also simplifies unhindered deployment simultaneously. It is a vital tool in efficiently providing modern services at scale, like Uber, Netflix, and Spotify. All these companies have their own proprietary tools to automate application performance monitoring and, in turn, reduce initial deployment cycles from fortnightly to under an hour.

Unparalleled Security from the External Environment

The prospects of security in the DevOps cycle are crucial to the success of the process. Embedding the security features throughout the lifecycle is referred to as DevSecOps in contemporary terminology. To minimize operational weaknesses in a fast-paced deployment environment, various security aspects such as vulnerability scans, code analysis, and configuration checks need to be automated. Compliance with cybersecurity regulations can be automated to stay abreast with all stipulations. Predefining the system checks and governance policy also helps plug the gaps between miscellaneous containers.

Test automation is often a sufficiently robust process of identifying any security threats. That said, over-reliance on these checks can be avoided by initiating in-depth internal controls. Access management is another vital aspect of ensuring security, which can be controlled by granting privileges to team members to prevent breaches. The need of automating and streamlining software deployment is of the utmost importance in the market because the demand is ever-growing, while the timelines have shortened like never before. Due to hyper-speed deployments, the most ignored aspect of development is often the security features.

Taking the Kubernetes route is by far the best way to ensure continuous delivery and keep the overall development process entirely agile.

It has been estimated that 95% of cybersecurity breaches are caused by manual errors. To avoid the same in your business, contact us and learn more about deploying Kubernetes as part of a coordinated DevOps strategy.