Digital Payments Are Accelerating. Are You Keeping Up? 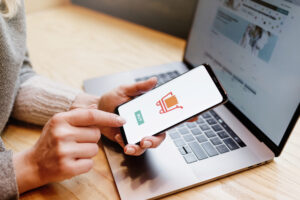 Digital payments have skyrocketed since the onset of the pandemic and show no signs of slowing. We look at what payments organizations must do to stay ahead of the curve.

Many people have had to adapt to new ways of doing things, as COVID turned in-person activities into a health risk. But while some of these changes were poor substitutes to be phased out as soon as possible, other changes have allowed both companies and consumers to function faster and more efficiently — and are likely to stick around. Digital payments are a perfect example of that permanent shift.

Credit cards are ubiquitous and digital payments are on the rise, especially with the continued adoption of contactless payments and digital wallets. China, an early adopter of this technology, was a useful case study in digital payments: mobile wallet transactions increased from 12% of all transactions in 2014 to 76% in 2019. A similar progression was expected to take place in the U.S. and Europe, but the pandemic greatly accelerated that shift.

With many businesses opting to minimize human contact to make operations safer during the pandemic, these digital tools became the obvious replacement for traditional payments. Because tools like QR codes and mobile wallets had already been in use, it became a lot easier for consumers to adopt this new behavior — and come to expect it when they reached checkout.

As a result, Accenture has forecast that nearly 420 billion transactions worth US$7 trillion are expected to shift from cash to cards and digital payments by 2023; this number will reach $48 trillion in 2030. And the U.S. is not the only Western country to follow this trend, with Europe, the U.K. and Australia also engaged in financial digitization, including at the government level. In fact, national infrastructure and regulation changes may be leading this push, according to 75% of banks, such as through new industry standards like ISO20022.

But while there are great opportunities in the emerging markets of Latin America and Southeast Asia, there are also several U.S. payments companies that have not yet made their own digital transformation. This is likely due to a few key reasons but these, if left unaddressed, could only end up making the company less competitive over time.

While some organizations may have been on the fence about rip and replace digital transformation initiatives, the significant shift to digital payments has at least put modernization on the menu. Forced to choose between status quo legacy systems and a complete core system replacement leaves many organizations feeling between a rock and a hard place.

The biggest obstacles to digital transformation are the upheaval of existing systems along with the costs of new implementations. A company that has a framework that seems to function sufficiently may choose not to disrupt operations to adopt new infrastructure. Delaying this shift will create new problems, as the industry is moving forward whether the company’s technology moves with it — or not.

The more ubiquitous digital payments become in the marketplace, the more customers will expect to have the option to pay in these ways. The market for digital payment “gateways” such Apple Pay and Android Pay is expected to grow by more than $81 billion by 2024, and the payment platforms that don’t support these tools risk disappointing and alienating customers, who might move to a competitor that does offer more popular digital payment options.

National regulators have also observed the digitization trend and have adjusted regulations accordingly. New regulations address the increased risk of cyber fraud by requiring additional authentication methods, which are laborious to fulfill manually. While cloud systems can easily achieve compliance with these new regulations, legacy systems that can’t support API integrations may find themselves overextending themselves just to keep their existing operations above board.

Digitization is not just about giving the customer something they want; a digital system can provide faster, more efficient service even for those who are new to the platform. The pandemic has encouraged consumers to expect convenience from the businesses they patronize, so companies who want to drive value moving forward may want to embrace that trend and step up accordingly.

Any payments company looking to stay competitive in the new financial landscape will need to embrace modernization sooner rather than later. The root of that transformation will be adopting a cloud framework, which provides critical support to the front and backend that enables payments companies to deliver solutions on par with what customers expect. As digital payments accelerate, organizations will be forced to make critical decisions around modernization. The more quickly and thoroughly it is embraced, the better the outcomes will be.