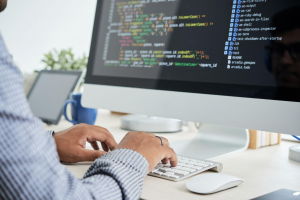 DevSecOps brings security to the heart of the development process so that no layer of code is prone to attacks when going out of production. The ways to implement it and its benefits can be read here.

Even when IT organizations started adopting agile development practices in the past decade, many continued to address security issues in the same gradual, siloed manner they had under the age-old waterfall approach. By building upon Agile’s nimble, team-based development approach, the time to market (TTM) has drastically shortened with the adoption of DevOps.

The false security perception of developers, as revealed by the 2016 Hewlett Packard Enterprise Report, persists even now. A meager 25% of the teams reported complete test automation in the Gitlab DevSecOps 2021 Survey. But this figure is still double that of the 2020 reports, indicating that there sure is a lot of progress. For businesses that depend on DevOps, security issues discovered in the configuration and monitoring phases are being overcome by the security shift toward the left.

As the applications are becoming more dynamic, the need has arisen to release the latest versions more frequently to incorporate better functionality and improved features. But developers often find themselves in a fix when they build lengthy codes that slide back to production due to security bugs. The problem can be ascribed to the architecture of DevOps that places security checks after the operations cycle. Had the security checks been placed after each step in the process, the vulnerabilities could have been identified, as and when they appeared. The idea of DevSecOps was conceived to make way for security while the application is still in the production process. This article will discuss the benefits of this change in the cycle. 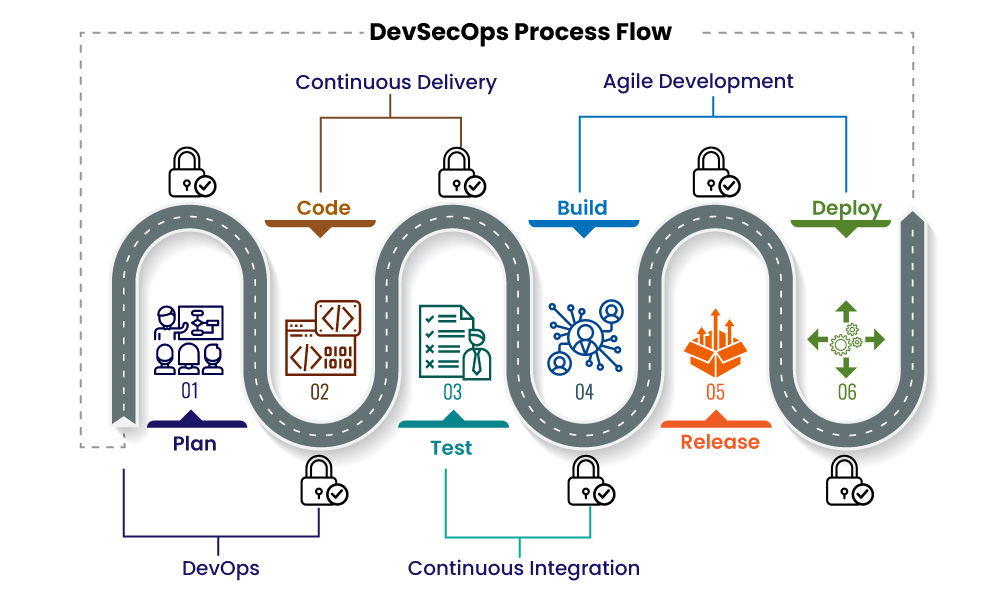 The role of developers is evolving—from bringing innovative solutions to the market at lightning speeds to incorporating security controls within the development process. This is because the surface area for intrusions from hackers has increased manifold due to third-party cloud services and servers. Security checks need to be in place at all the integration points in the pipeline to prevent exposure of highly sensitive data used for authorizations, as reported by 78% of respondents in a survey by Forrester. With the introduction of the security layers at every checkpoint, the humongous task of ensuring security is broken down to become manageable in real-time. The metadata from containers can be leveraged to validate components in the build process for full-stack observability of the clusters. This actionable data can help control the health and performance of workloads across clouds.

These checks allow enhanced audibility as the app is pushed through the pipeline, and the corrections can be made right where they occur. The developer’s control over the process improves exponentially, which translates to enhanced efficiency. DevSecOps is true to the agile methodology with lean waste reduction principles, which is “time” in the case of app development. The materiality of time in the development process tends to be huge as it has far-reaching effects on security compliance. Auditing could be a gruesome task without including security in the DevOps process. This is why Gartner forecasts DevSecOps integration in enterprises will be up to 70% by 2023.

The pandemic has led to an accelerated pace of digital transformation in the economy, with many industries embracing mobile applications to conduct business as usual. The prospects of ease, reach, and scalability of applications is enormous but equally prominent is the issue of cybersecurity. Numerous payment applications have popped up in the market to facilitate niche sectors. These underserved market players adopt the solutions quickly to stay competitive. But this urgency to bring technological solutions can only be met with modern development processes that have reduced turnaround cycles and are secure. Developers often take responsibility for their code, but parallel test automation helps in improving overall software security while also leading to 2x faster releases for 60% of the developers.

The time-to-markets is reduced with DevSecOps as it bypasses the undue delays in apps prior to their release. Incorporating security audits and penetration tests into your development process, for instance, helps to make sure your app is secure. Development teams with in-depth knowledge of cyber security approaches can actively implement safe coding practices. As the DevSecOps trend gains traction, it is likely that more companies will make threat modeling, risk assessments, and security-related automation pillars of their product-development initiatives, from conception to iteration through rollout to operations. The process of container building can also be automated to include only trusted resources from system libraries and dependencies to remove friction.

Security teams have struggled to understand DevOps toolchains and how to inject security controls into their automated pipelines, which are responsible for pushing changes into cloud-based systems. Without adequate pipeline security controls, security teams miss out on the changes that are being released into production environments. Security teams can help organizations avoid these issues by using DevOps tools and cloud-first best practices that help them collaborate with cross-functional teams for better outcomes.

The forecasts for 2023 by IDC states that 90% of the apps will be on-demand, and their delivery pipeline will include security governance. For modern applications, DevSecOps methodologies guarantee that container contents and their distributed interactions are safe during production. At the same time, by integrating, changes to an application are flowing freely throughout DevOps pipelines. This gives developers greater autonomy and power while also not impairing security or increasing vulnerability. The access authorization can be granted based on the user intent as measured by the Common Vulnerability Scoring System (CVSS). The required encryption features in a service-level objective mesh can secure the data-in-transit for secure communications.

Proactive banks know that DevOps can enhance any application’s software lifecycle with better communication between Dev and Ops, automation, improved standardization, and faster update delivery. Some people in the industry believe that banks and credit card companies have so many legacy applications that have been running unchanged for years that they cannot change the way they develop software or react to market forces. In common with other industries, there is day-to-day pressure on the financial services sector to improve how it develops and operates software. So, the financial services sector can provide faster software without breaking the bank, or other institutions, along the way.

Notably, the elements of DevSecOps can eliminate bottlenecks created by traditional security practices in a high-velocity development environment, thereby unlocking the full potential of DevOps. DevSecOps means not just giving payment app developers the tools they need to develop quality, secure software, but also creating a culture where building secure products is a default. These security-inclusive pipelines provide developers, operations, and security professionals with in-depth knowledge and hands-on experience in a DevOps toolchain.

Over time, DevOps has become indispensable for deploying applications while security is being integrally embedded in the pipelines to foolproof the process.

If you are still developing software without integrating security in every layer of the process, then wait no further and contact us right away. We will be more than happy to help you strengthen your DevOps capabilities.