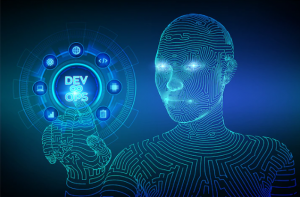 Mobile DevOps is the emerging bridge between mobile app development and operations. Here are the advantages of using agile m-DevOps in a fast-paced business.

Software development has become a mobile-first endeavor. It is no longer enough to have an idea, create some prototypes, and then hand it off to the engineers for implementation. Thanks to DevOps and Agile methodologies, we now expect software to be built iteratively with continuous feedback from the user base. This requires a culture of collaboration between developers and business leadership teams. In turn, this gives rise to mobile DevOps—or using mobile tools to achieve these goals across all aspects of software development:

Mobile app development has historically been a siloed function, with developers working in isolation from the rest of the business. However, with m-DevOps, developers can now be part of an agile team responsible for delivering software continuously throughout its lifecycle—from initial conception through product launch and beyond. Mobile DevOps is the emerging bridge between mobile app development and operations. It allows teams to re-prioritize and release hotfixes, patches, and updates much more quickly than what the non-agile processes can accommodate. A survey conducted by Gartner in 2020 found that the DevOps initiatives have not been implemented well in 75% of the cases, including Fintech. 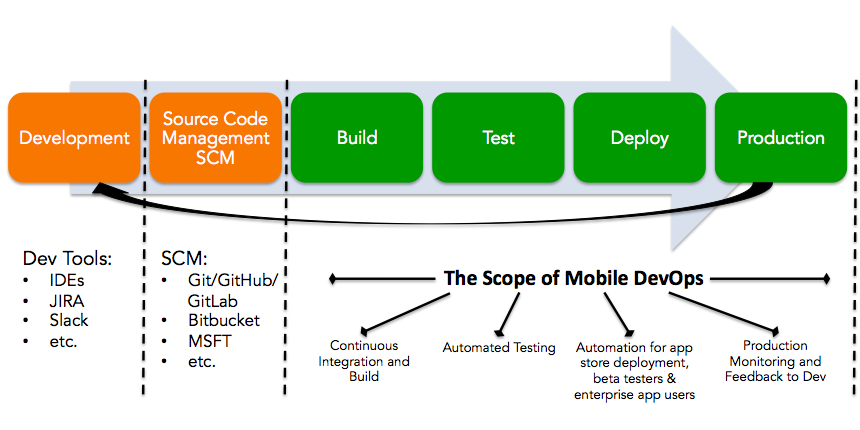 This shift toward continuous delivery enables organizations to respond more quickly to customer needs by releasing minor iterative improvements over time rather than extensive new features every few months or years. In traditional models, there were distinct phases between planning/development/testing and then post-release monitoring/maintenance activities that follow each phase respectively before starting all over again, when an update goes live (typically monthly). Successful agile mobile development and delivery require creating a software testing and monitoring infrastructure that can support rapid change. A well-designed system will help your team respond quickly to new requirements, address bugs, and ensure that the application is reliable.

End-user analytics collects and analyzes data about the user and their interaction with the app. This information can be fetched at any time but is most commonly analyzed after development work is completed on a feature.

End-user analytics can be used to decide what to build next (or how to improve existing features), both in terms of determining which features are most important for users and identifying non-functional requirements for those features, such as performance or reliability. For example, if you would like to know whether or not an application has good performance under load, then, in that case, you could run tests using an automated tool like JMeter or Gatling in your staging environment before deploying it into production. Suppose you notice that your new feature takes longer than expected when under heavy traffic loads—in that case, it might mean the code needs some optimization before deployment into production, where hundreds or thousands of users are accessing them simultaneously. This is especially true for the nascent fintech industry.

As an enterprise adopts agile, it becomes easier to manage the backlog of necessary changes. Instead of trying to make all of the changes at once and then releasing them as one big project, agile allows you to prioritize what needs to be done first. Then, this can be completed in small chunks before moving on to other projects.

This way, you don’t have so many things on your plate at once, and they won’t get lost in the noise or forgotten about because they aren’t “important enough” compared to something else. By prioritizing these smaller items throughout different sprints (or increments), there’s a better chance that they’ll get done quickly and frequently because they’re not being held up by more significant projects that are taking priority over them.

Combining The Power of Technology and Human Caliber

Moving from manual processes to automated tools helps improve security and reduce errors while saving time and money. Automated testing tools help enhance security by ensuring that the application is being built with the latest bug fixes, helping to identify vulnerabilities in code before they are released into production. They also help reduce errors as a form of automated regression testing. Automated tests can also be run periodically throughout the day or week to catch problems early before they become costly issues. Such issues can impact business operations for days or even weeks. This saves your organization money in terms of lost productivity and customer service efforts required to fix the issue post-release.

While automated testing tools are available for some types of tests (unit tests), others must be performed manually by testers or developers (functional/acceptance tests). Automated testing tools save time on manual tasks like test case creation, execution, reporting, and maintenance by automating those processes through automation frameworks such as Selenium WebDriver or Appium. These frameworks allow developers to script their tests using simple commands like “click here” so that all subsequent executions run automatically without manual intervention required by testers or developers alike. This saves hours of valuable developer time spent waiting for test results because now you can just sit back and relax while your automated tests run in an orderly fashion without requiring anyone’s direct oversight.

m-DevOps refers to Agile methodologies combined with technologies such as Automated Testing and Continuous Integration (CI). These technologies allow for cross-platform testing, continuous delivery, and deployment capabilities. In turn, these tools increase time-to-market compared to traditional waterfall approaches, thus making them ideal for companies operating in today’s fast-paced environment where consumers have high expectations but short attention spans. It has been observed that over 60% of people end up deleting apps due to performance issues, and it’s really hard to get them back.

Customer-centric success parameters are a framework to achieve agile m-DevOps. A successful team will have the following characteristics:

Marriage of Agile and DevOps

By combining mobile development with Agile/DevOps best practices, enterprises can accelerate their speed-to-market, lower their operations costs, enhance reliability, mitigate risks and improve overall quality. Mobile developers can now take advantage of Agile Mobile DevOps by using a single platform to manage all aspects of their app development process, including requirements gathering, source code management, testing, build management, and deployment automation. In addition, agile teams typically use systems like Jira or Rally software that enable them to track issues in real-time—and in doing so, they also get to know how many days they have left before the next deadline hits so they can adjust accordingly, if necessary. Agile mobile DevOps is the future of mobile development, and it’s the next step in the evolution of agile and DevOps, given there’s a direct proportionality of update frequency and app store ranking.

Want to learn more about how Agile m-DevOps can help your organization? Talk to us today!