How is IaC Transforming DevOps? 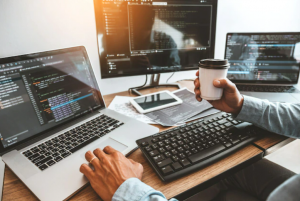 The value proposition of IaC for server configuration and implementation is similar to what cloud architecture was for tangible servers. As cloud architecture is getting bulkier by the day, there is an immense need to automate its management across purposes.

The world of DevOps is changing rapidly. The advent of containerized applications, coupled with the rise of cloud computing, has made it possible for developers to build and deploy applications in a fraction of the time it took just five years ago. Developers leverage Infrastructure as Code (IaC) as DevOps evolves to streamline their processes and gain better control over production environments. IaC is a terraform of modules that are layered to automate the infrastructural requirements and ongoing maintenance.

This article will explore how IaC integrates with other toolsets in your IT environment, how immutable infrastructure can be used for compliance and security, why versioning infrastructure is so critical and much more!

A key component of IaC is the immutable infrastructure model. The immutability principle states that once a software system has been deployed, it should not be modified. Instead, developers create new versions and roll them out as needed.

This simplifies the deployment process considerably because there’s no need to worry about which version runs in production or whether an update will break anything. Instead, developers can focus on building and deploying your application without fear of failure or having other problems caused by modifying existing code in a live environment.

What’s more? The model is cloud provider-agnostic at its core (except for the first Virtual Machine layer), meaning it is open source. The infrastructure then goes on to be containerized to segregate purpose-driven dependencies. This is excellent news for financial intermediaries who need to run various API-based microservices in a multi-cloud framework. The benefits range from non-repudiability to open-loop interoperability, which is crucial for enabling automated reconciliations and push payments.

IaC is a development practice that uses version control systems to keep track of changes in code, infrastructure, and configuration. As per a 2021 Snyk report, 76% of the DevOps teams with fully-automated security testing can fix a bug within 24 hours.

Clients and users of IaC often benefit from this feature because it gives them greater transparency into how their applications are built, what components they depend on, and which resources they consume. This gives teams more confidence in each other’s work (and judgment) because they know who is responsible for any change and whether it was made with the client’s best interest at heart.

One way to use this information is by updating your contract templates based on your team’s wants or needs before starting work. This helps avoid potential disagreements later down the road when someone returns saying they disagreed with a particular part of the contract.

IaC provides a comprehensive repository for configuration. On the one hand, it eliminates the need for multiple configurations; on the other, it also ensures you have a complete history of changes. This makes it easier to stay compliant by having all your configurations in one place, which can be easily accessed and audited by compliance teams. With IaC, you can search through your configs (even old ones) to find out what version of something was changed or when something was added.

Furthermore, in a recent poll that we conducted—37% of the voters considered configuration consistency to be the greatest benefit of IaC. 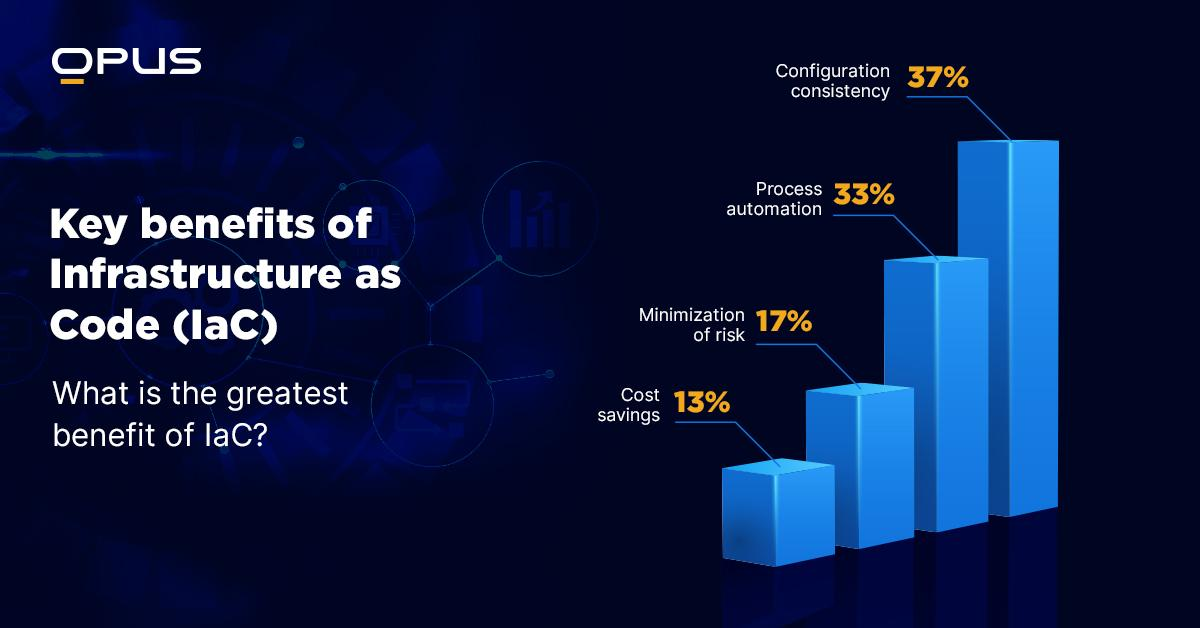 That said, there is a significant problem surrounding configurations. As per VMware’s State of Cloud Security Report 2021, one in six respondents faced a public cloud security breach owing to misconfigurations within the last year. This could arise due to a lack of shared responsibility model adoption that the IaaS demands. The fact that only a quarter of the security practitioners are even authorized to audit the configuration drift, as claimed by the same report—is a red flag. The awareness of cloud-native breaches needs to be spread amongst professionals to minimize this high vulnerability from common entry points.

Single Source of Truth for All Purposes Code

Although it does involve coding or writing scripts with standard and domain-specific languages to provision resources—IaC can be a declarative or an imperative model, but not a programming language. IaC uses an open-source toolkit that provides a consistent way to deploy and manage infrastructure by defining the desired state of your infrastructure through code, not just what it should look like but also how it should behave (e.g., automatically scaling up if demand increases).

This approach allows you to get your system up and sprinting while reducing the risk of human error in provisioning. The immutability aspect helps maintain your IaC environment with increased reliability by standardizing industry best practices. IaC can then be dubbed as one of the critical elements of the continuous delivery characteristic of the DevOps cycle. IaC can also be considered a part of the Shift Left approach, where resources can be deployed for testing before the development process for greater efficiency.

IaC is a framework that makes it easier to automate the provisioning and configuration of resources in cloud environments. It integrates DevOps, an approach for automating software delivery processes to reduce time-to-market and increase flexibility and reliability.

DevOps tools in the market automate provisioning by managing infrastructure as code.

IaC is a great way to integrate DevOps and make it more efficient.

Watch the recording of our recent webinar to learn how IaC tools are helping organizations bring consistency in provisioning, deploying, and scaling. For more information, reach out to our team of DevOps experts here.