The Pros and Cons of Bitcoin for Ecommerce 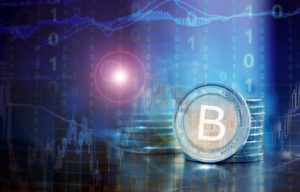 Cryptocurrency has made headlines for the past several years, boasting off-the-charts stock prices as well as novel benefits for Ecommerce. We look at both sides of the (bit)coin.

Ecommerce has been in a state of flux since its inception. Each year, new technologies and new threats change the landscape. Consumer preferences are also constantly shifting, though they typically remain in the direction of added convenience. COVID-19 has further accentuated this trend and ushered in good times for those in the Ecommerce line of business. Going by the reports, Ecommerce sales globally are expected to hit $7.3 trillion by 2025. Bitcoin, the digital currency that exists electronically and can be transferred as currency via the web, has changed the way some merchants do business. The principles upon which it is built are also changing the way everyone works within the Ecommerce ecosystem.

While not a physical currency, bitcoin is markedly more secure and also faster than traditional currencies. These benefits positively impact both consumers and merchants. As a decentralized currency, it is not inhibited by the government, nor by a central administrator of any kind. Instead, it is managed by the blockchain network—a digital ledger that maintains secure and immutable records for each and every transaction. Its novelty presents both positives and negatives that every member of the Ecommerce ecosystem must weigh for themselves.

While adoption of bitcoin as a usable currency among consumers and merchants has been slower than many had anticipated, its full effect is yet to be seen. We take a look at some of the benefits and drawbacks below.

Benefits of Bitcoin for Ecommerce Merchants

Globally, the blockchain market size is expected to reach $17 trillion by 2025. — which means that cryptocurrencies are well on their way to disrupt the Ecommerce world.

There are certain benefits that bitcoin provides merchants who offer it as a currency option during checkout. It opens up merchants to a new and emerging market of customers who are actively using cryptocurrency and looking for places that accept bitcoin. It’s also a less expensive currency option for merchants. Processing credit cards cost merchants in fees, which often get passed on to customers. Bitcoin has lower fees—if any—enabling merchants to pass savings on to customers, rather than increasing prices. Bitcoins can also easily be accepted in physical retail stores with a bitcoin payment processor via a tablet, POS device, or mobile app. Finally, bitcoin makes international payments simple. Bitcoins can be transferred across the globe in a matter of minutes, without extra fees or time constraints.

Two bigger benefits for merchants revolve around fraud and compliance.

Unlike a credit card, wherein an issuing bank can initiate a reversal (for days to weeks after the transaction is completed), bitcoin transactions are irreversible. As a peer-to-peer electronic cash system that doesn’t have a central administration or third parties to mediate and manage transactions, bitcoin relies on validation via a decentralized, distributed, and public ledger. In this way, transactions are recorded across many computers into blocks of transaction records; these blocks form a chain, hence, the “blockchain”. This method of verifying and recording transactions makes it impossible to alter transactions retroactively without altering subsequent blocks through the consensus of the network.

Since there are no dispute procedures or any third party to which a consumer could file a complaint, the chargeback fraud possibility is virtually eliminated. There are cases in which a merchant may choose to refund a transaction willingly.

It’s also important to note that there is a small percentage of transactions that are not immune to chargebacks. If a customer were to purchase bitcoins through an exchange using a credit card and then file a chargeback, there is a chance that the customer’s chargeback would be successful. In that case, the customer would keep both the bitcoins they purchase and the dollar amount of the credit card transaction.

One of the biggest benefits for merchants is that bitcoin is not subject to PCI regulations. Merchants must simply secure wallets and payment requests. This can drastically reduce the cost of extensive security checks necessary with credit and debit card transactions, as well as the cost of maintaining PCI compliance.

The Payment Card Industry Data Security Standard (PCI DSS) is a standard put forth by the card brands. Since bitcoin transactions are separate from the card brands and credit and debit transactions, they do not fall under this standard.

Drawbacks to Bitcoin for Ecommerce

One of the biggest drawbacks for merchants is that bitcoins are not yet widely accepted, which means the adoption of the currency is fairly low. Many consumers are still waiting to see how the tide turns with cryptocurrency and are hesitant to dip their toes in. It’s also still an imperfect currency. Wallets can be “lost” if the wallet file is corrupted somehow (via a hard drive crash, virus corruption, or other technical issues). Once that wallet is gone, it cannot be recovered, rendering the bitcoins contained “orphans” in the system. This also makes some consumers hesitant to adopt the new currency.

Bitcoin valuation also fluctuates, making it less unreliable than fiat currency. The fluctuation mirrors demand, causing increased volatility and making it harder to nail down how many bitcoins products and services actually cost. This gets even more complicated in the case of returns. If a customer purchased a coffee mug for 1.5 BTC and decides to return it a month later (after some fluctuation in the value of bitcoin), how much do they receive as a refund? If the valuation increases do they still receive the same 1.5 BTC in return? Lack of consensus among the Bitcoin community makes questions like this difficult for merchants and consumers to answer.

It’s clear that hesitation still exists for both merchants and consumers alike. Consumers are still wary of the new currency and unsure of how it works, slowing adoption. This low adoption, in turn, makes it a less desirable currency option for merchants to add to the mix. There are, however, many benefits for merchants looking to incorporate this option into their payments processing system. In addition to lower costs associated with payment processing, bitcoin also offers better chargeback protection than traditional electronic payment methods. It may be a while before we see a significant shift in either direction of adoption or abandonment, but merchants should remain plugged into the latest developments in the space. Ecommerce is dynamic and ever-changing, and it behooves everyone with a stake in Ecommerce to pay attention.